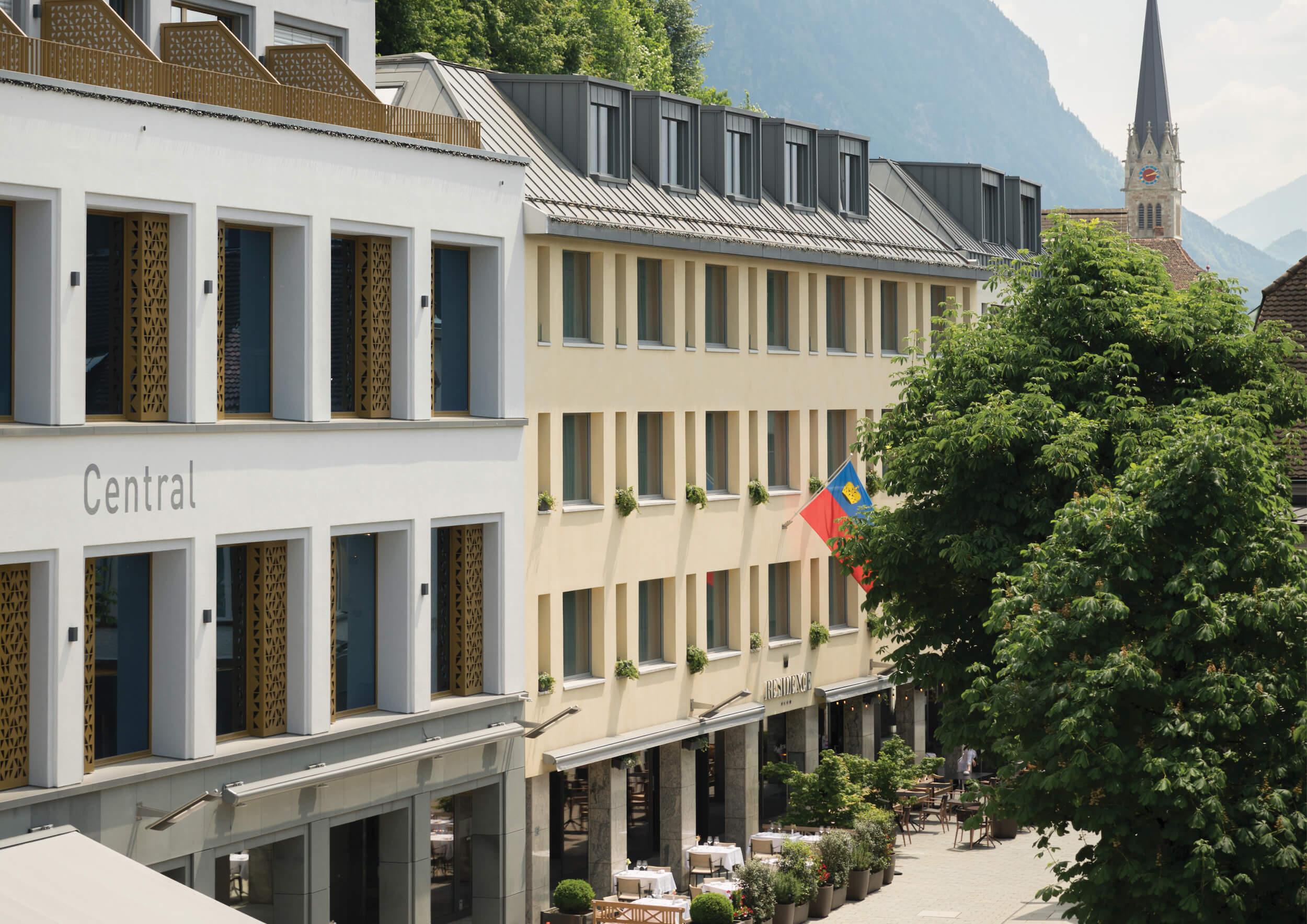 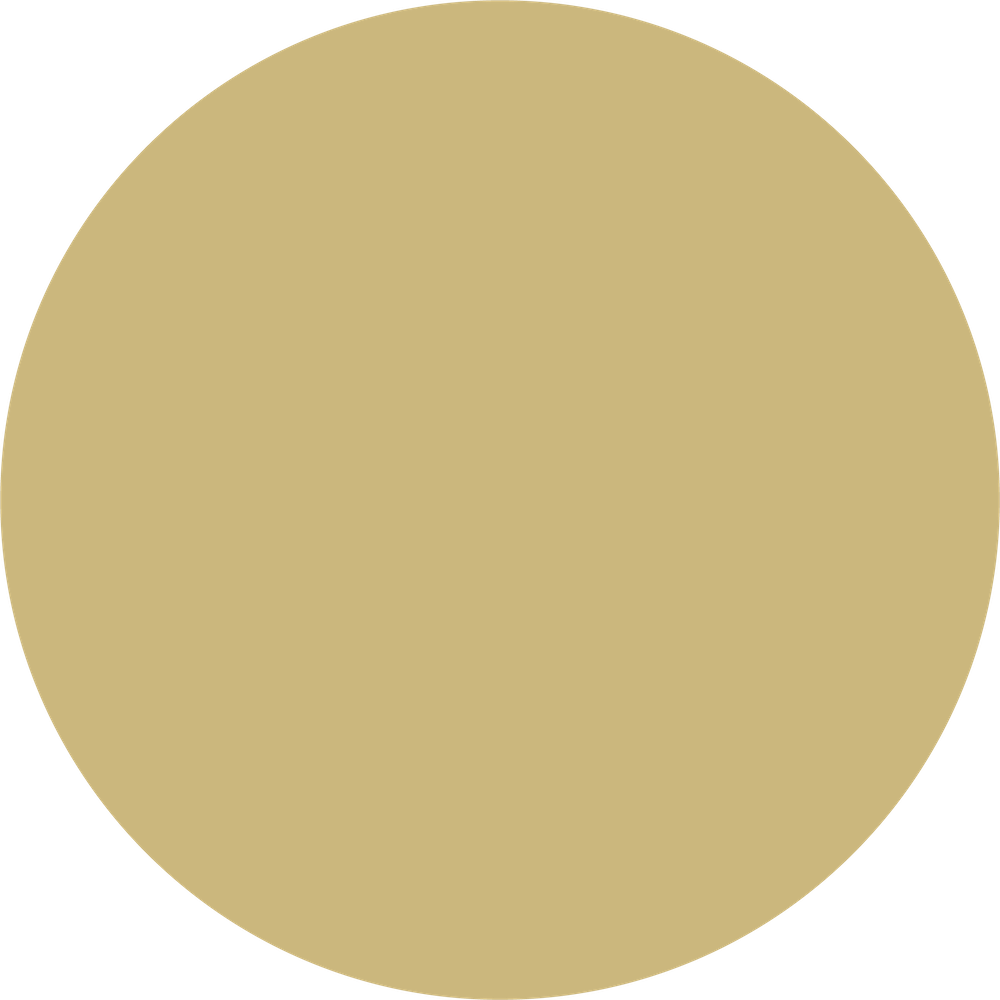 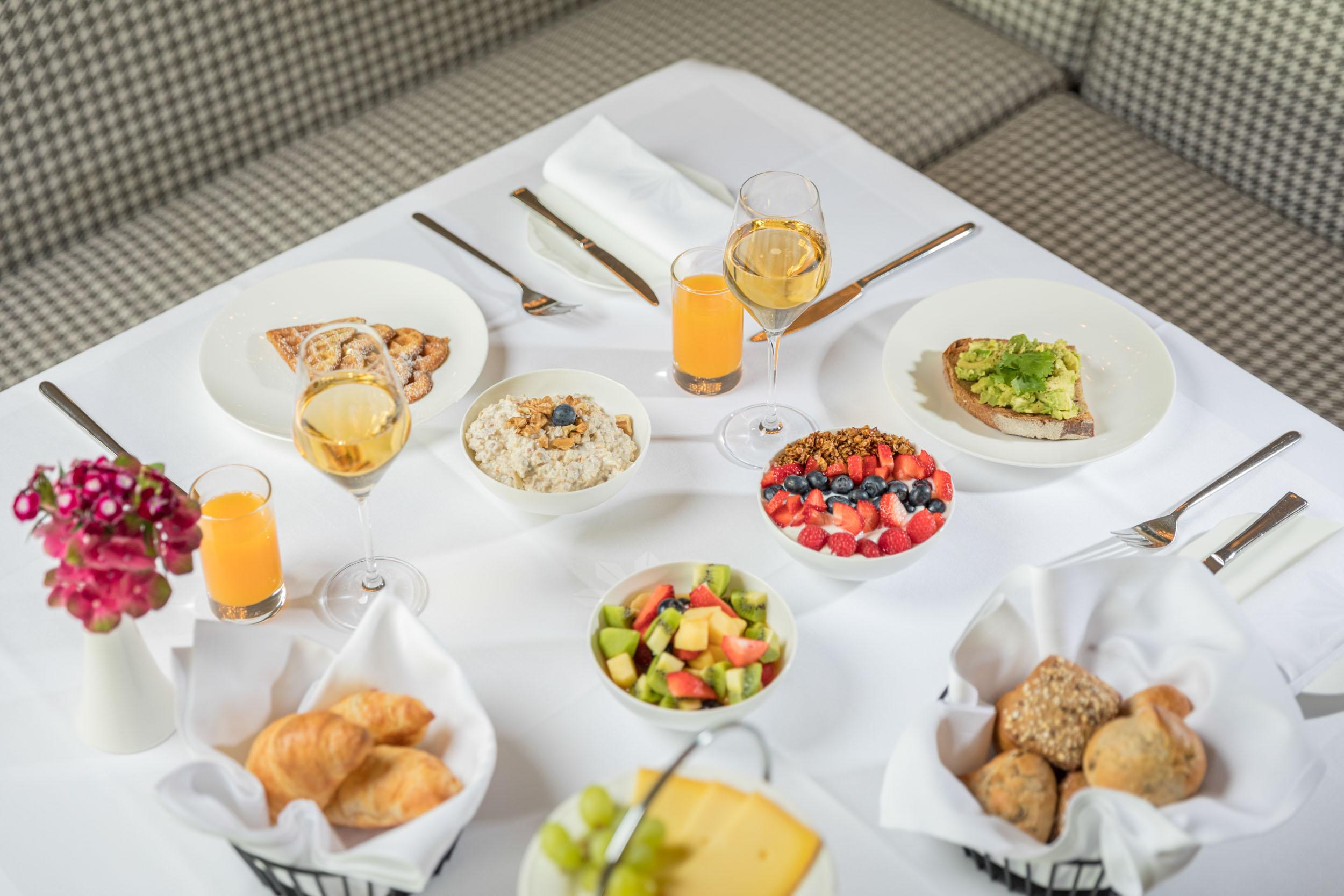 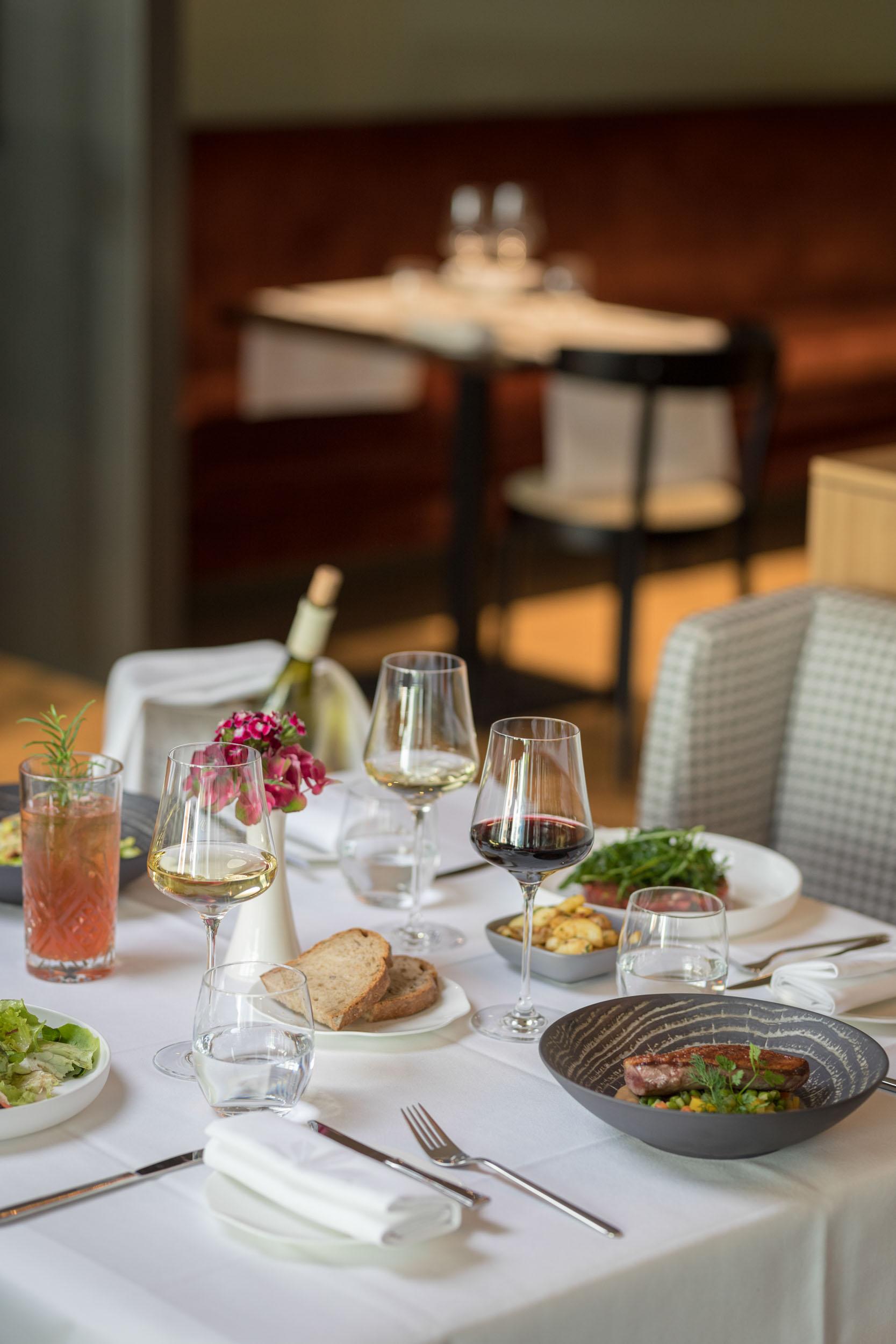 Lunch & Dinner for our Hotel Guests

International dishes and authentic specialities from our chef. The restaurant is only opened to hotel guests!

Boutique Hotel in the Principality of Liechtenstein

Sitting at the most central spot of Liechtenstein Capital, the Residence Hotel offers modern and elegant rooms with an emphasis on high quality materials, excellent service and traditional food. This 46-room Boutique Hotel is separated into two parts, offering two complete different styles and room options for singles, couples and families: Central & Residence Hotel. We aim to provide different rooms and services to different needs: Whether you look for a family room, a cheap business room or a romantic suite –

The hotel is a place where guests can discover the astonishing scenery of the Rhine Valley, sitting directly below the princely castle.

With its breath-taking views, its central location and its pure colour palette, the Hotel feels more like a home than a passing by place. Combined with a well-selected, high quality breakfast, guests are invited to stay for long. The breakfast is situated on the ground floor and surprises with a unique selection of artisanal and regional food.

For us the French "savoir vivre" is at our core identity and reflect in every detail of this carefully designed hotel. With a traditional and authentic Liechtenstein cuisine, guests will discover the culture and the feeling of this small Principality at its fullest.

This is where the journey begins: Our two hotels are located right next to each other and offer guests the chance to choose from two completely different interiors and price level. Choose between our classic Residence rooms or our modern Central Suites.

More about the Hotel 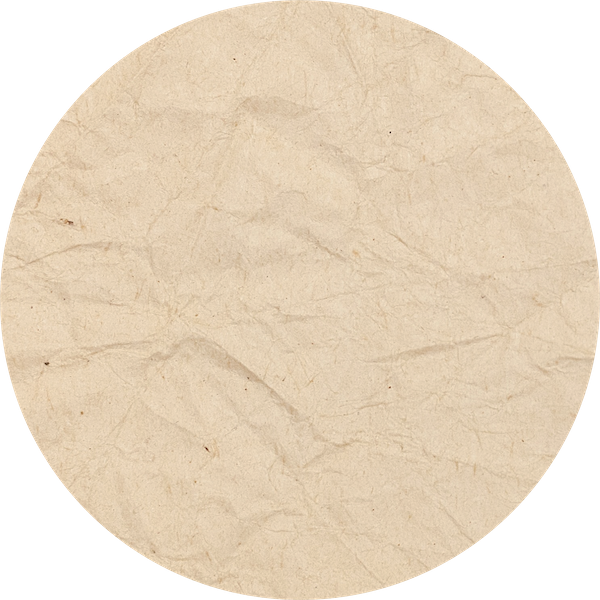 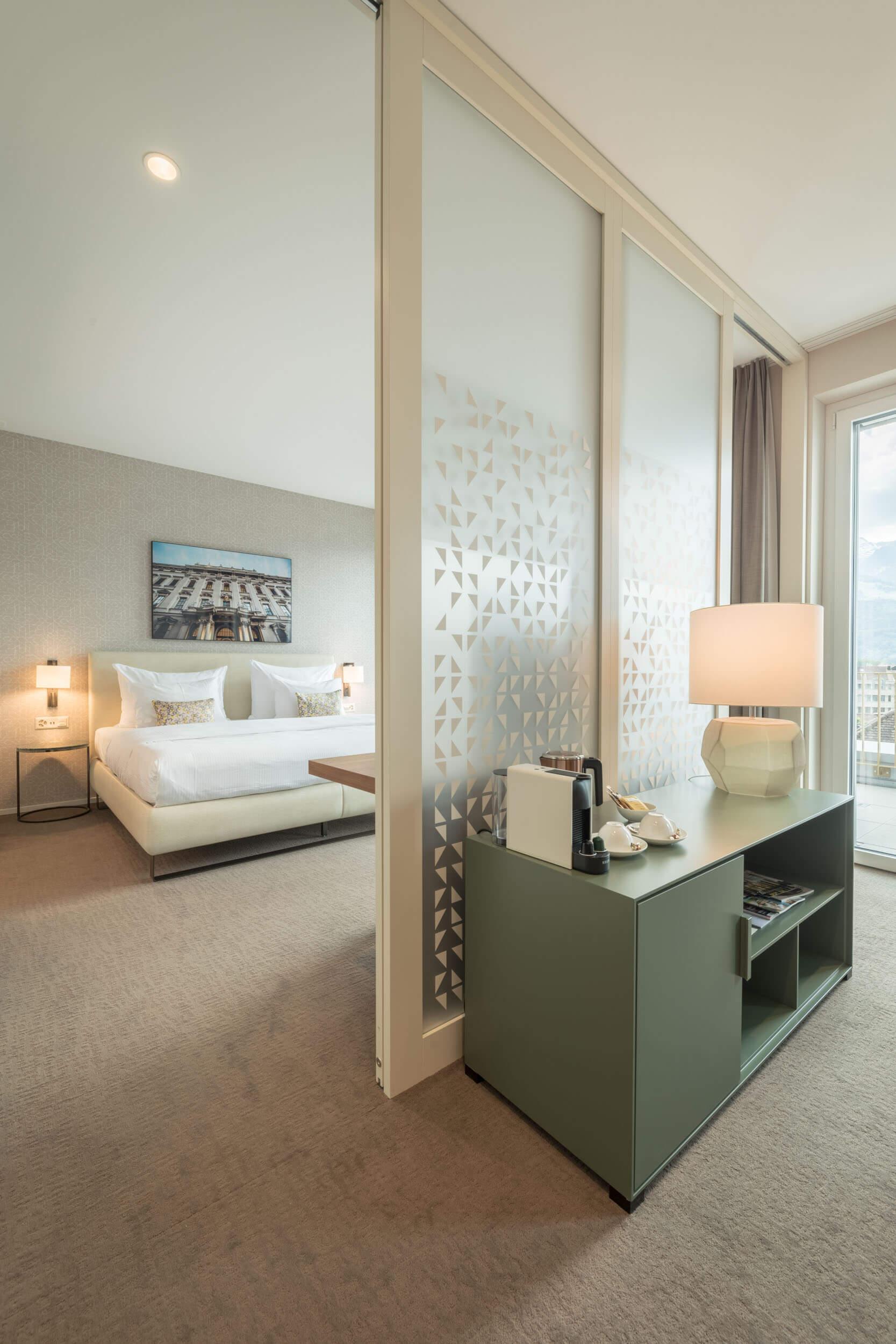 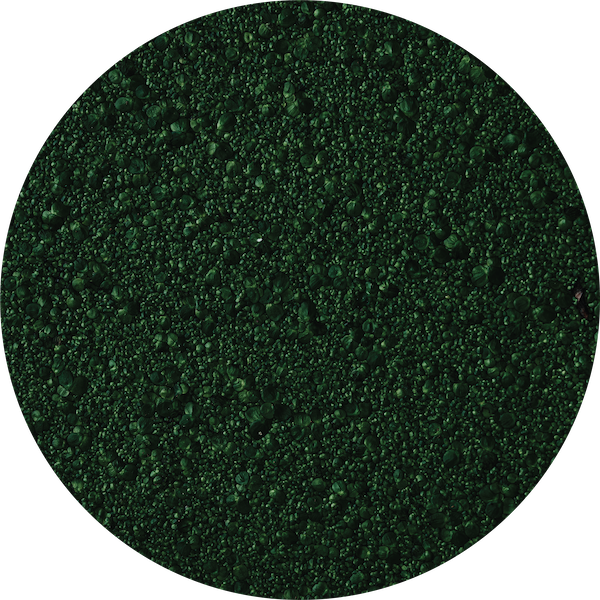 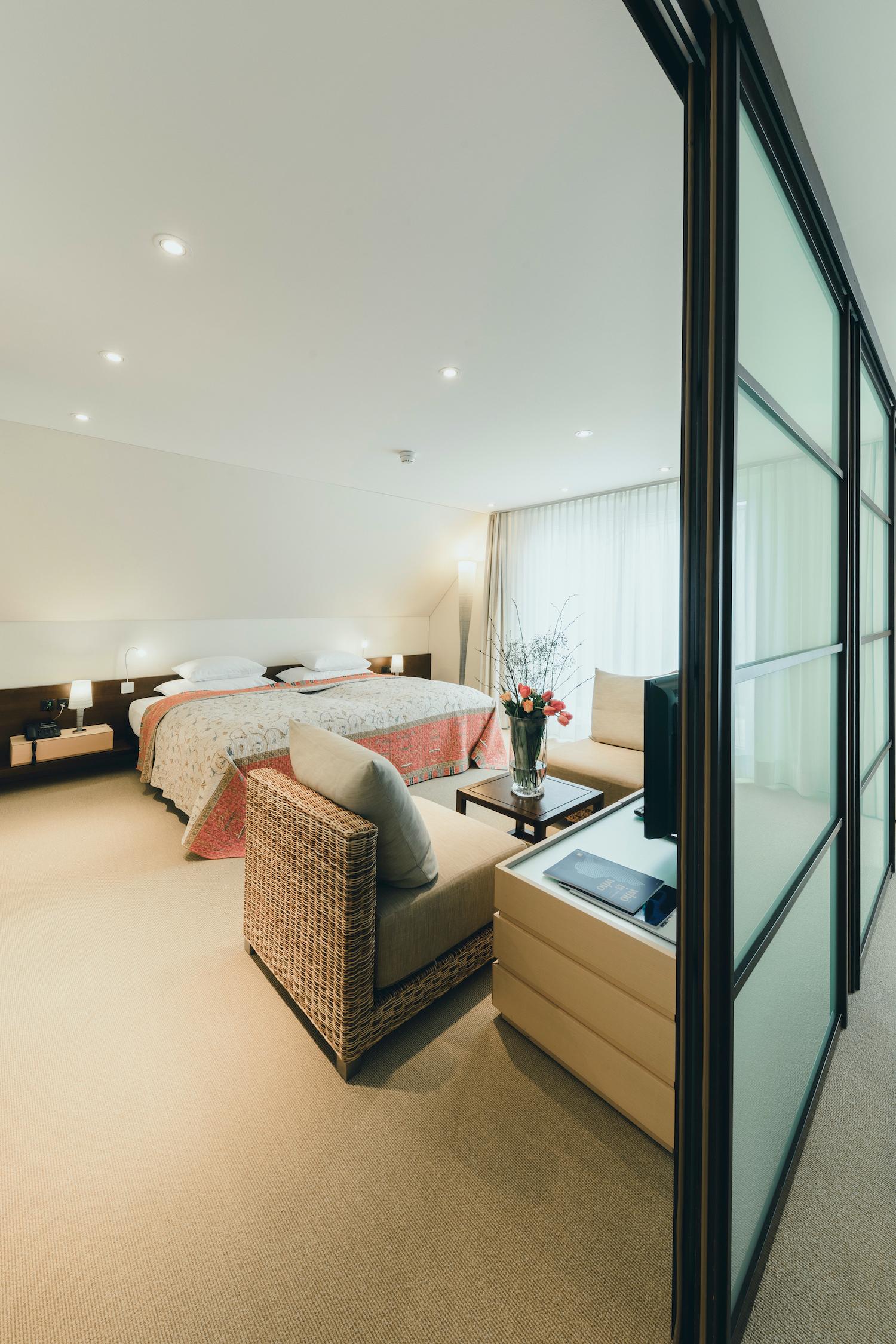 Go to Central Go to Residence

Right below the Princely castle, in the very city center of Vaduz, we welcome you with 46 luxury rooms.

Be surprised by the traditional dishes at our Bistro. A culinary trip in a breath-taking interior.

No one can deny the quality of materials and care, which has been thoughtfully put into both buildings.

Constructed in 2003, the hotel has been under the current direction of Sandra Abbrederis since 15 years and has ever since counted endless guests as its regular. Always reinventing and staying in the at the top is the key of success of the Hotel. Guests should feel and see the small changes and improvements happening at the hotel, in order to master a perfect stay. The central location in the capital is very attractive for business guests and tourists alike. Through our packages we offer different services, such as a complete Liechtenstein experience including a Liechtenstein Pass to visit any kind of attraction for one day.

Our core value is tradition combined with the French “Savoir-vivre”, which is why we offer a typical Liechtenstein Bistro, serving traditional food with home-made pastry by our French Patisserie. This is a rare combination, but we think that we choose two very unique craftsmanship, which fit very well together. Understand every changing costumer, we have started collaborated with the Huber Beauty Centre to offer our guests different treatments during their stay at a high-class institution. We believe collaborating with different companies in order to obtain maximum-quality services and products, has helped us to create a unforgettable experience. 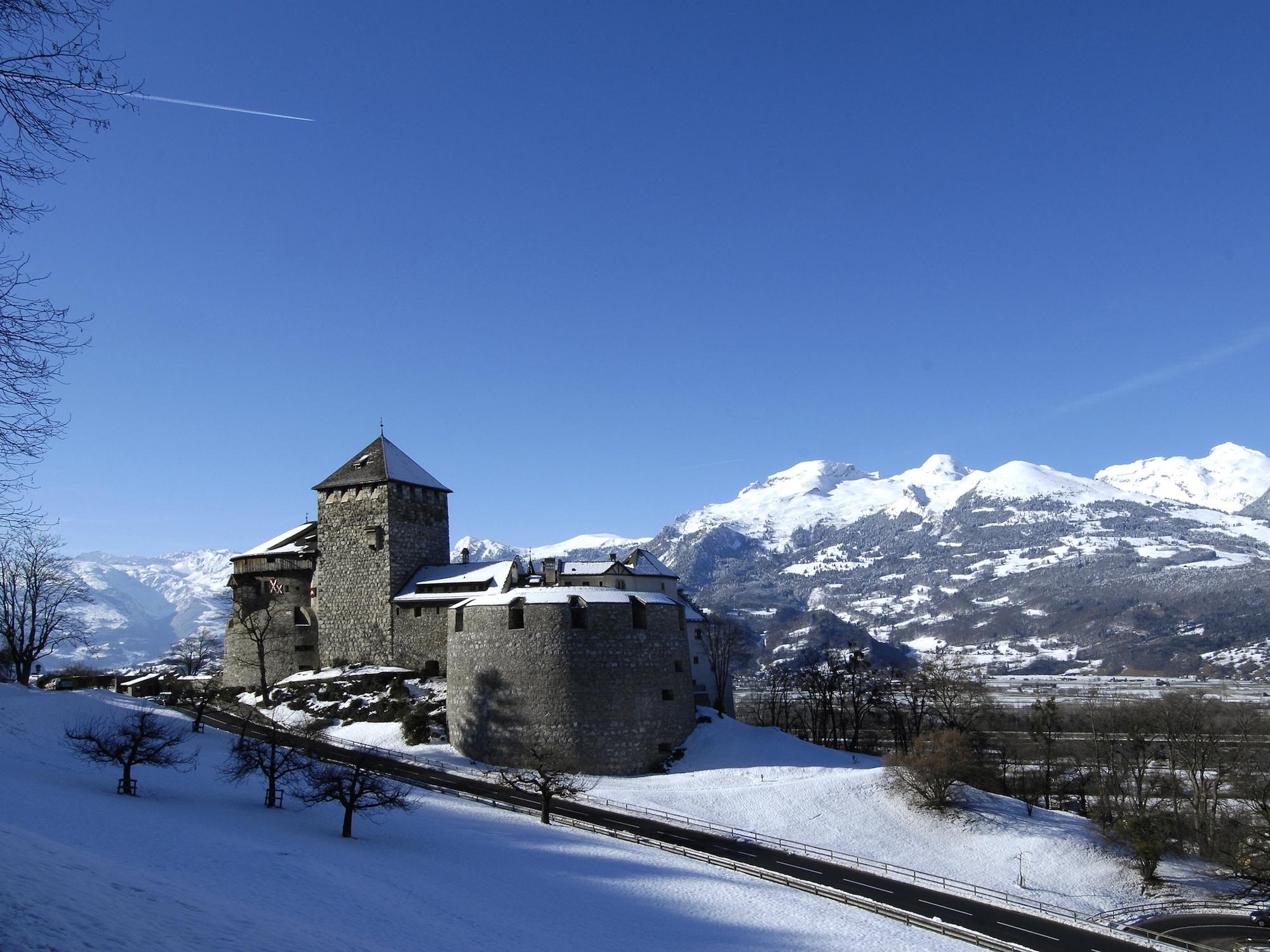 Dinner & overnight at a low price during the winter time! Don't miss out on that. 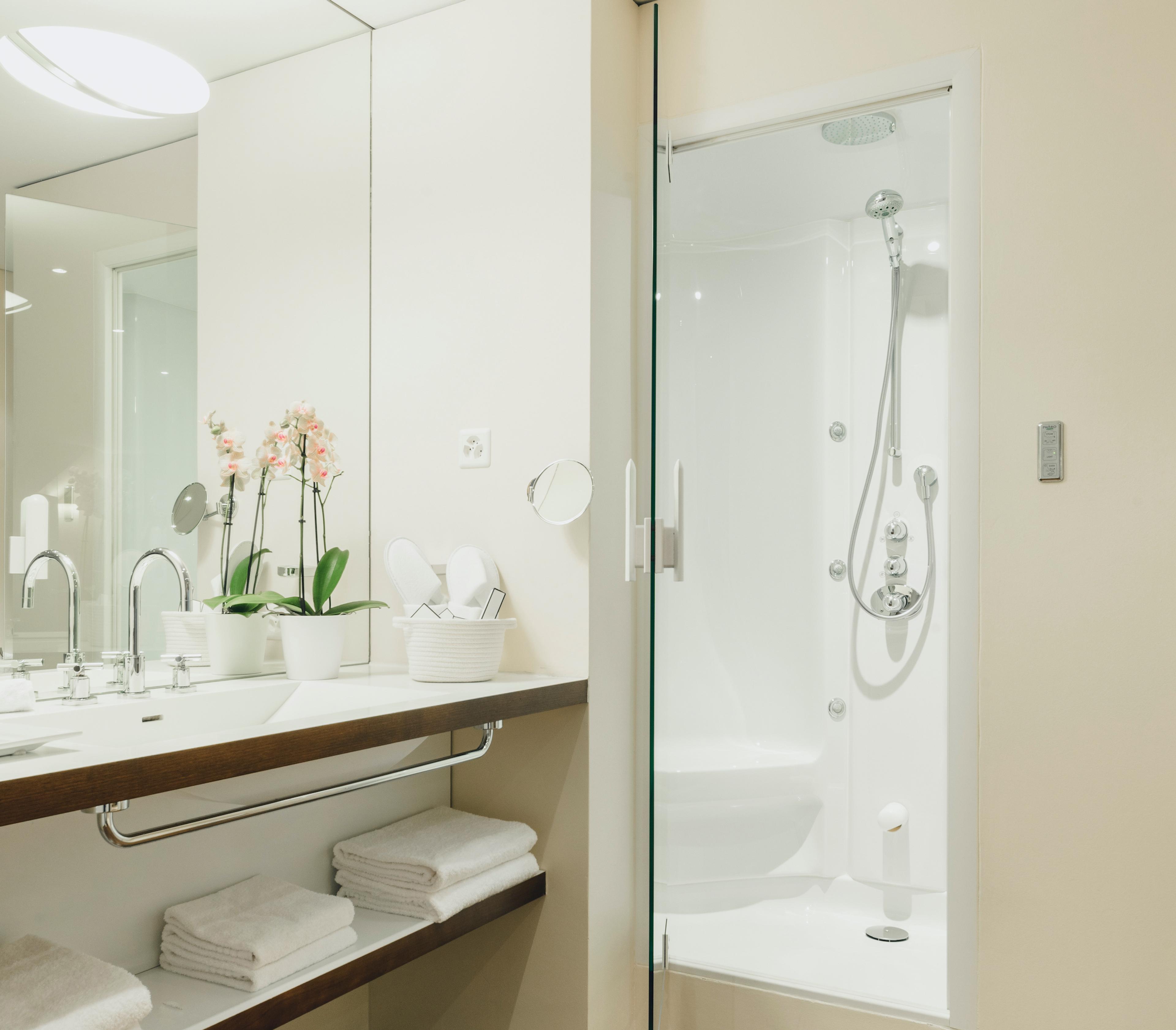 Selfcare, massage and dinner - do something good to yourself! 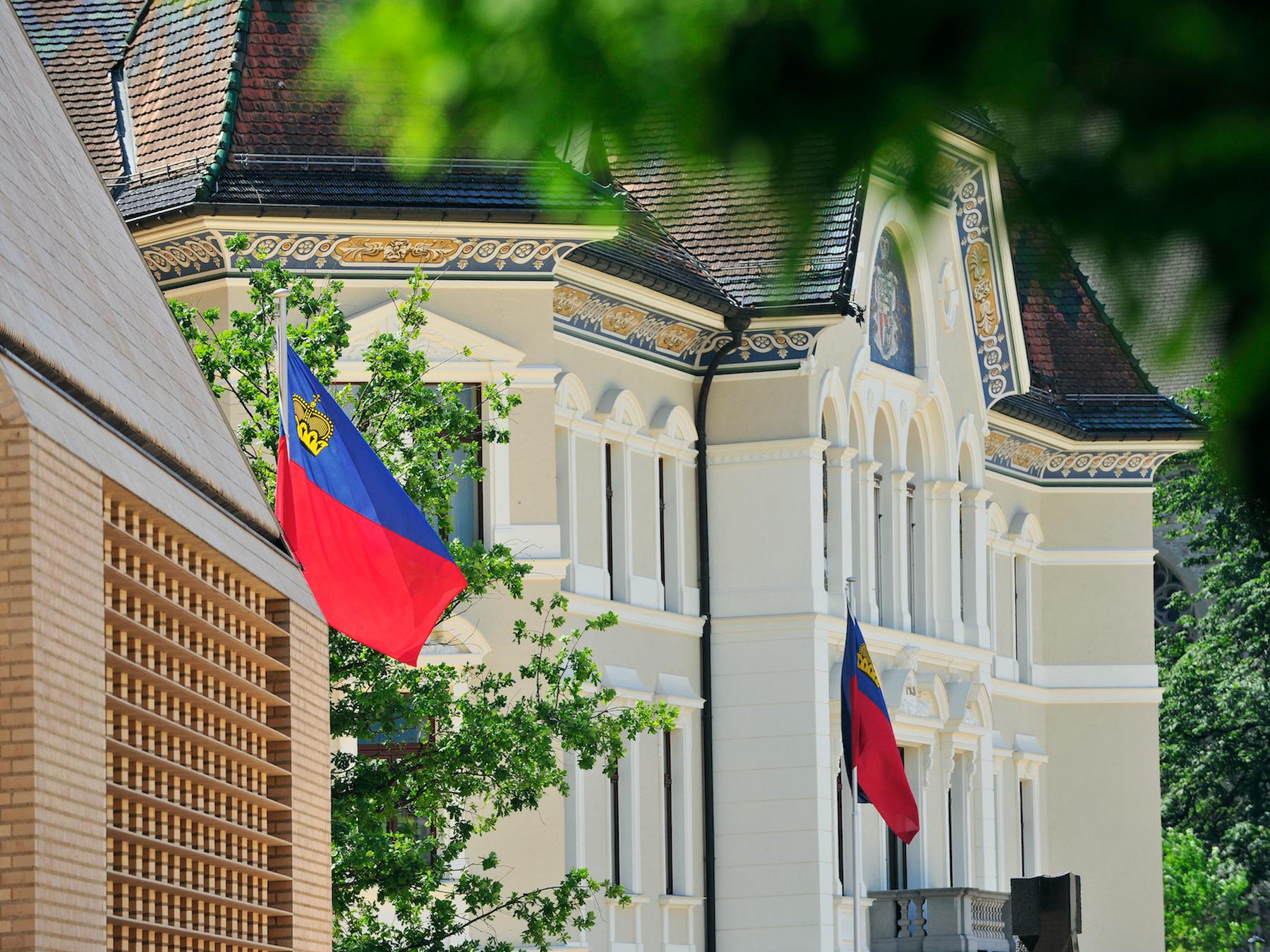 Plenty to see in this small country. Find out more on this page!

Liechtenstein is a small country situated on the banks of the Rhine in Central Europe, between the Swiss canton of St. Gallen and the Austrian province of Vorarlberg. The official language is German, though day-to-day affairs are conducted in two Alemannic dialects. Comprising eleven municipalities, the principality is a constitutional hereditary monarchy on a parliamentary and democratic basis. The head of state is Prince Hans-Adam II von Liechtenstein. The area of land which is now covered by the Principality of Liechtenstein has been a hereditary monarchy since 1719. Prior to that the land was under absolutist rule.

The Prince of Liechtenstein resided in Vienna and appointed a bailiff to handle the administration of the region. Over the years, the peasants battled to win back more and more rights, resulting in changes to the constitution in 1862 and 1921. Since 1921 Liechtenstein has been defined as a constitutional hereditary monarchy on a parliamentary and democratic basis.

In 15 BC it was captured by the Romans and became part of the province of Raetia. After the fall of the Roman Empire, the area was ruled by the Franks and grew increasingly germanised with the arrival of Alemannic migrants. The modern state was created by the Princes of Liechtenstein by purchasing the County of Vaduz (1712) and the lands of Schellenberg (1699) and merging these territories in 1719 to form the Imperial Principality. This historical division remains present today, with Oberland (south) and Unterland (north) forming the country's two electoral constituencies. 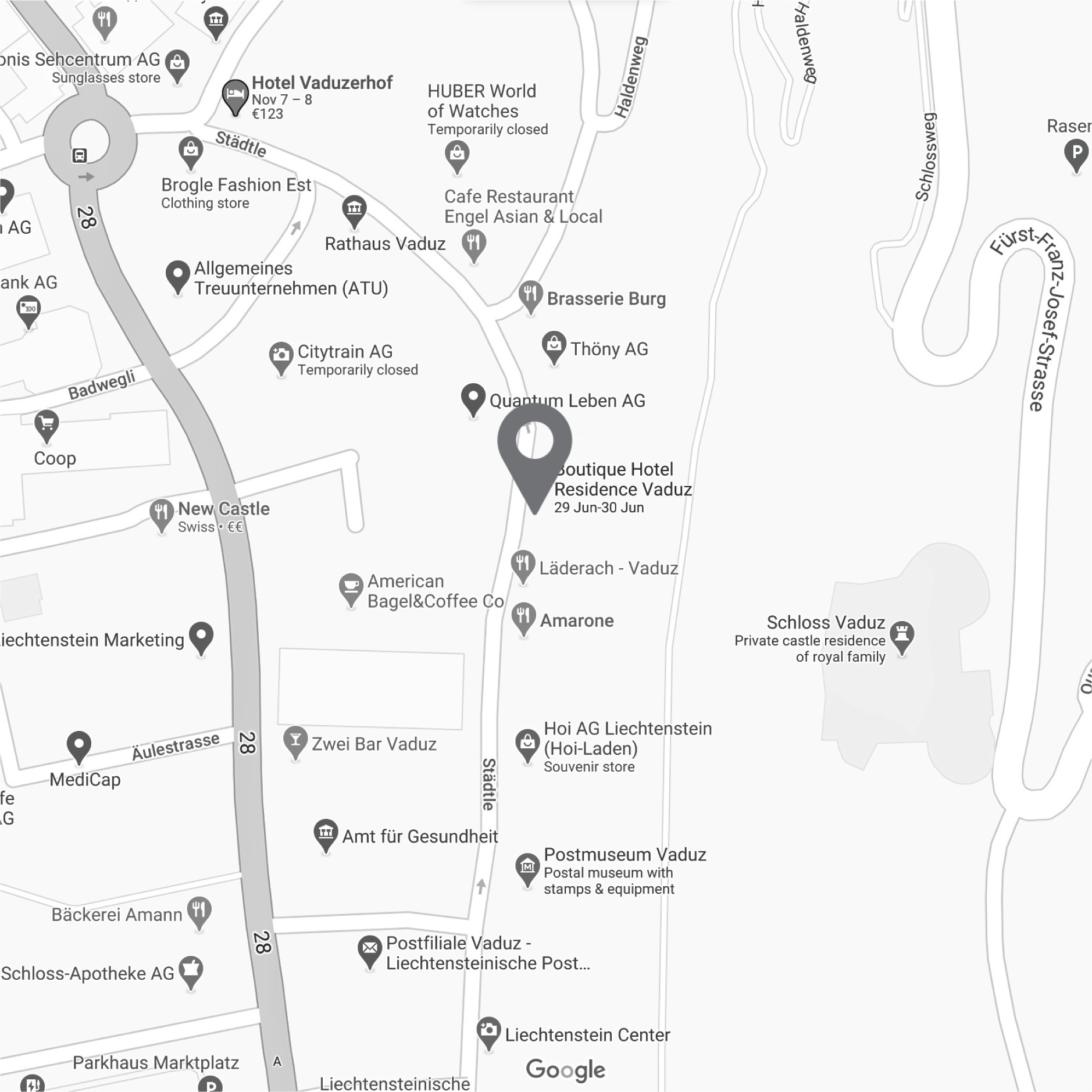